Recognize the Signs of Stroke…

Recognize the Signs of Stroke and Save a Life 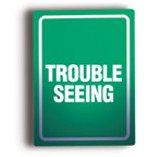 A stroke is an interruption in the blood supply to any part of the brain (PubMed Health, 2011). There are two major types of stroke. The ischemic stroke is caused by clogged arteries. It happens when a blood vessel, supplying blood to the brain, is blocked by a clot. Hemorrhagic strokes occur when a blood vessel in the brain becomes weak, bursts open causing blood to leak in the brain (PubMed Health, 2011).  Here are a few interesting statistics published this year by the National Hospital Discharge Survey (NHDS). From 1989 to 2009, 7 million Americans have had a stroke. The direct medical cost for

Demography, race, sex, age and education play a role on the individual’s risk of stroke. Many steps can be taken to lower the risk of the disease regardless of an individual background. Smoking cessation can decrease the risk of stroke. Cigarettes contribute to one of every five strokes in the United States. Smoking and second hand smoking can thicken the blood leading to increased plaque building in the arteries and damage to the blood vessels going to the brain and possible causing or worsen a stroke. Blood pressure control, exercise at least 30 minutes a day, a healthy diet low in sodium, maintaining a healthy weight, prevention and control of diabetes, taking cocaine and other illegal drugs and limit alcohol intake are, also, steps that can decrease the risk of stroke.

It is important to recognize the signs of stroke because the sooner the patient has access to medical treatment; the lower is the risk for death and permanent disability. If you see the following symptoms in someone you know, call 9-1-1 immediately:

Little Black Village promotes higher education, personal development, and international exposure for African American youth. Little Black Village is a dedicated to discussing and exploring ways of keeping our black youth from dropping out of high school and encouraging them in seeking higher education and living up to their fullest potential. Little Black Village is also committed to making a difference in the black community by encouraging its members to share their voices through social media outlets, lead by example by taking an active role in mentoring a black youth, connecting families to educational resources and actively taking part of community services in and out of our communities.
View all posts by Little Black Village »
« Word of the Day: Hearsay
Word of the Day: Rapport »

One thought on “Recognize the Signs of Stroke…”